The History Of Estillyen's Monks

The Order of Message Makers found on Estillyen’s isle dates from 1637, when Bevin Roberts first came to Estillyen in search of solitude. Throughout the continent Bevin Roberts had traveled, some twenty-nine years, giving readings derived from Scripture’s grand narrative. From tiny hamlets to vast hallowed halls, he moved about, creating messages with meaning and purpose. Bevin Roberts was said to be a curious blend, a character mixed, of quiet impression and stunning conviction. No one knows quite what happened, but Bevin Roberts suddenly stopped one day. 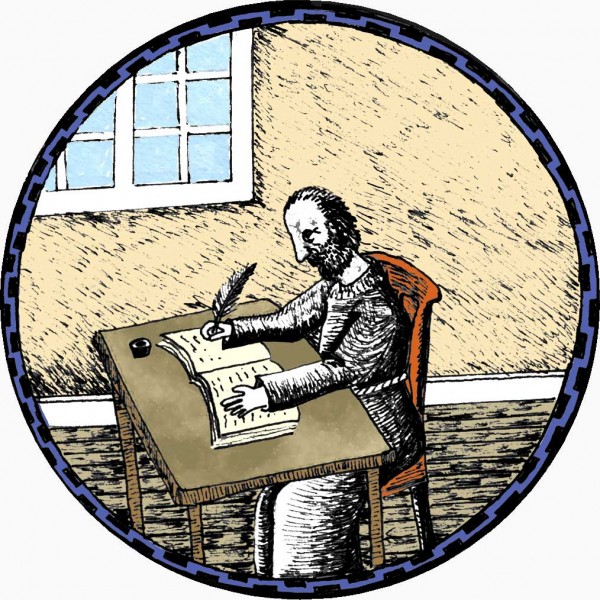 Outside a pub in rutted street they stood. In the stillness there, Bevin Roberts raised his eyes of blue and gazed down the lane of darkened grey. He surveyed his troupe all patched and ready. Willing but weary, they stood.

The troupe, one and all, was aware how ardently Bevin Roberts had struggled with his voice’s fade. The fading tone and intonation was undeniable. Eventually, Roberts softly said, “I think it’s time now we found an isle of rest. For wise we must be, in making moves that will forward the mission of our wordy mixes.”

The record shows that Bevin Roberts and his troupe arrived on the Isle of Estillyen on February 4, 1637. Months gave way to years. Years mounted, and Bevin Roberts, like his voice, continued to fade. In time, the original troupe was no more.

Yet their way of weaving wordy mixes was not lost in future days. Those who carry on the work are known as the Message Makers of Estillyen. Scripture is their craft. They have a way of becoming the message, as they speak of Christ—God’s perfect union of medium and message.

Read the biographies of each of the monks