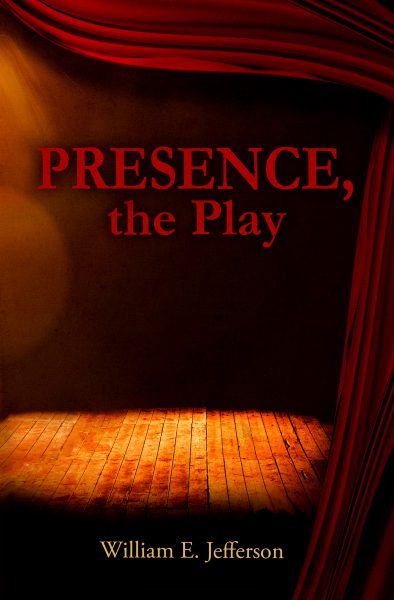 Presence, The Play offers a penetrating perspective on the role of personal presence in the essence of life. This timely novel speaks to a growing hunger for a way of life that is real and tangible, the opposite of an artificial existence lived in a realm of mediated connectivity.

The protagonist of Presence, the Play is a playwright and monk named Script who lives on the Isle of Estillyen.On the opening night of Presence, Script’s long-awaited play, he suffers a devastating fall in the theatre balcony and lapses into a prolonged coma. The novel plays out in Script’s comatose state.

Presence, the Play offers a meticulously crafted storyline evoking the imaginative prose of J. R. R. Tolkien, the spirited perception of C. S. Lewis, and the dramatic flair of Dante’s Divine Comedy. Readers will join Script on an epic mission to save the Isle of Estillyen from the forces of darkness, experiencing many daunting adventures along the way.

Divine Choreography of Redemption explores the story of redemption as divine drama advanced by acts and agents that transcend time and space. The novel is set beyond the Storied Sea on the ancient Isle of Estillyen, far from everywhere yet mystically near. 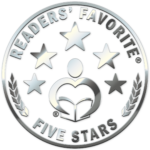 … intelligent fiction at its finest …

… Jefferson takes us to the Isle of Estillyen, where time isn’t linear and distance is beautifully ambiguous…

… Divine Choreography of Redemption by William E. Jefferson is beautiful in both its message and the eloquent execution of that message… 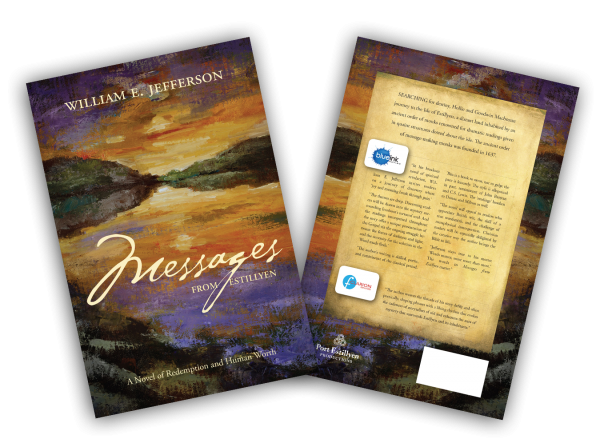 SEARCHING for destiny, Hollie and Goodwin Macbreeze journey to the Isle of Estillyen, a distant land inhabited by an ancient order of monks renowned for dramatic readings given in quaint structures dotted about the isle. The ancient order of message-making monks was founded in 1637.

And now, readers of Messages from Estillyen can introduce others to the work, either its complete form, or in one of two companion editions: 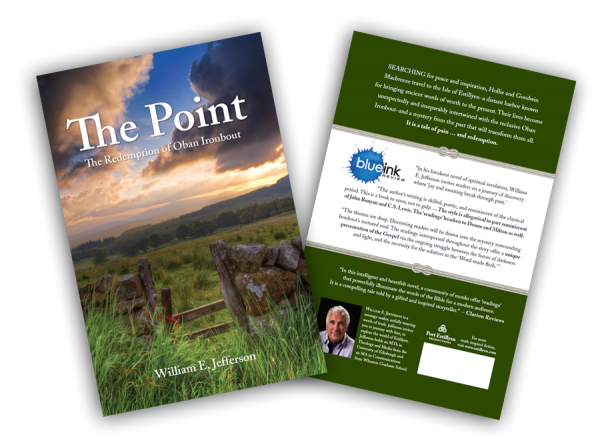 SEARCHING for peace and inspiration, Hollie and Goodwin Macbreeze travel to the Isle of Estillyen—a distant harbor known for bringing ancient words of worth to the present. Their lives become unexpectedly and inseparably intertwined with the reclusive Oban Ironbout—and a mystery from the past that will transform them all. It is a tale of pain … and redemption.

What people are saying about “The Point”

“The concept of the monks dramatic `Readings’ is stupendous. I am now reading scriptures in a far more profitable and interesting way.”

“Ultimately, all of these varied word-pictures worked together to lead to not only Oban Ironbout’s redemption, but to the many character’s redemption. Each character was impacted one way or another by the readings, and it proved that old saying, “no man is an island”.”

You can read the above reviews in full on Amazon.com 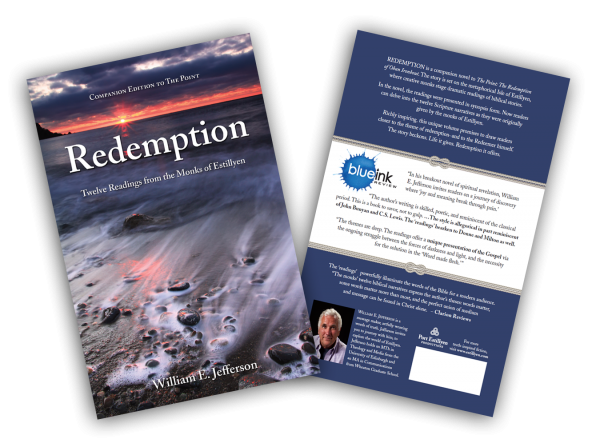 REDEMPTION is a companion book to The Point: The Redemption of Oban Ironbout. The work is set on the metaphorical Isle of Estillyen, where creative monks stage dramatic readings of biblical stories. In The Point, the readings were presented in synopsis form. Now readers can delve into the twelve Scripture narratives as they were originally given by the monks of Estillyen. Richly inspiring, this unique volume promises to draw readers closer to the theme of redemption–and to the Redeemer himself. The story beckons. Life it gives. Redemption it offers.

About the books by William Jefferson

“The style is allegorical in part reminiscent of John Bunyan and C.S. Lewis. The ‘readings’ hearken to Donne and Milton as well. The themes are deep. Discerning readers will be drawn into the mystery surrounding Ironbout’s tortured soul. The readings interspersed throughout the story offer a unique presentation of the Gospel via the ongoing struggle between the forces of darkness and light, and the necessity for the solution in the ‘Word made flesh.’”

“In this intelligent and heartfelt novel, a community of monks offer ‘readings’ that powerfully illuminate the words of the Bible for a modern audience.

It is a compelling tale told by a gifted and inspired storyteller. Author William Jefferson weaves the threads of his story deftly and often poetically, shaping phrases with a lilting rhythm that evokes the cadences of storytellers of old and enhances the aura of mystery that surrounds Estillyen and its inhabitants. The ‘readings’ powerfully illuminate the words of the Bible for a modern audience.”