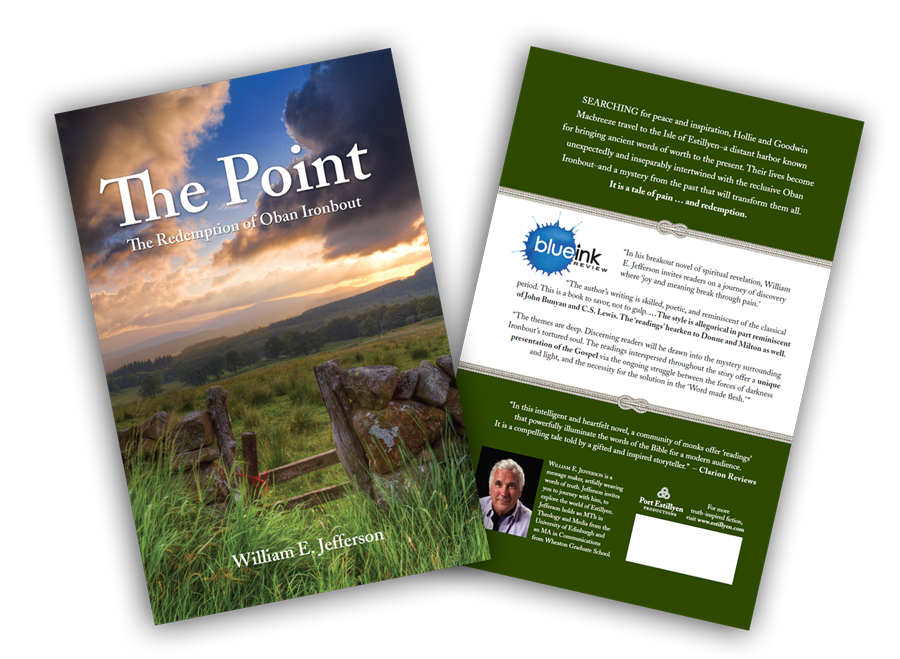 The Point: The Redemption of Oban Ironbout

The Point: The Redemption of Oban Ironbout is a companion of Messages from Estillyen featuring the story line of the novel, along with synopses of the monk’s readings.

Synopsis: When newlyweds Hollie and Goodwin MacBreeze travel to the Isle of Estillyen searching for meaning, they encounter a magical world full of hope and timeless truths.

In “The Point,” Jefferson creates a magical island named Estillyen. Yet the Isle of Estillyen is a spiritual quest — not just a fictional setting. It represents ancient truths in a modern world, and allows readers to contemplate life and faith. Read Full Review

They meet an ancient order of monks who impart wisdom through “readings,” in which passages of Scripture are given a new light. Excerpts of these readings are given in “The Point,” but they can be found in their full version in “Redemption,” a companion text to “The Point.”

Through mysterious circumstances, Hollie and Goodwin also encounter a lonely recluse named Oban Ironbout. The MacBreezes believe that Oban is not past redemption, despite his gruff appearance. Through the readings provided by the monks, the young couple tries to introduce Oban to the hope they have found on the Isle of Estillyen.

In this edition, you will also find selections from the twelve monk readings which are in Messages from Estillyen. These unique and inspiring readings can also be purchased in a standalone edition titled—Redemption: Twelve Readings from The Monks of Estillyen. 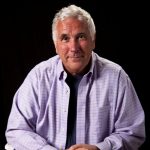