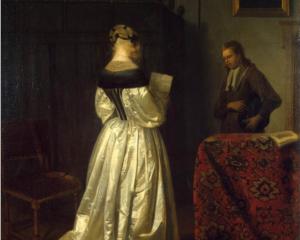 Messages from Estillyen rings with the message that words matter, some more than most. Why do words have so much power? Why do they matter so?

In Chapter 20, the monks of Estillyen address this question at the beginning of the reading “Let Them Go!”

READER: A letter written but never sent, never read—should it be called a letter? A speech drafted and tucked away, never spoken, never heard—is it truly a speech? A composition never played, never sung, perhaps swept away by fire—how is it to be described? What’s to be said of the ashy notes? Is it a burnt melody, or something else?

In order for all three to be what they were intended, it seems that the letter should be read, the speech heard, and the composition played. If this they’re not, then something else they are. Their original intent they failed to become. They are undone, unsung, never spoken, never sent.

Similarly, a word cannot claim to be a word if it’s only a thought.

… Words enable thoughts to get dressed, come out, and speak their mind. As a word, a thought is no longer indisposed, undisclosed. It has entered the world. It is a word.

… Words are thought descriptors. They project thoughts from anonymity. They transfer thoughts into messages. Messages move the world.

Words are important because they bridge thought and message. Flowing words unleash messages that cannot be reversed.

What thoughts have become words whose messages moved the world?

Which of these thoughts were dressed in words appropriately? Which ones were not, sending destructive messages?

Words matter, some more than most.