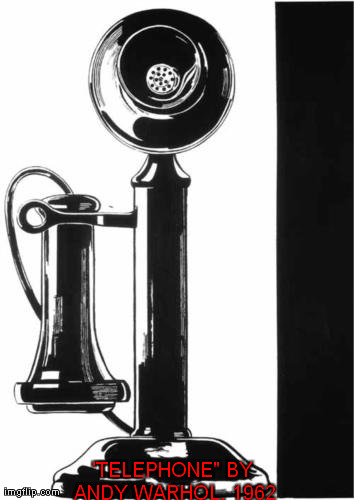 In the last couple of decades, new communication methods—new ways of sending messages—have poured into our lives. With these come qualms, reservations, and fears that the dangers of these devices and methods outweigh the benefits.

But distrust of new means of communication is nothing new.

In his dialogue Phaedrus (c.130 B.C.) Plato records Socrates’ laments concerning the new trend of writing. He feared that literacy will make us less wise: “Their trust in writing, produced by external characters which are no part of themselves, will discourage the use of their own memory within them. You have invented an elixir not of memory, but of reminding.”

Henry David Thoreau (1817-1862), that great advocate of simplicity, had little regard for new inventions—including the telegraph: “We are in great haste to construct a magnetic telegraph from Maine to Texas; but Maine and Texas, it may be, have nothing important to communicate.”

Many eschewed the telephone when it first came into common use, fearing that it would exterminate face-to-face visits.

When the television was invented, people feared that literacy would suffer.

Some of these fears were well founded, yet media are here to stay.

Meanwhile, communication methods continue to evolve. Each, despite it benefits, cause some to worry about its downsides:

E-mail (already becoming passé) is impersonal and can be too hastily sent with too little time between thought and message.

Texting is robbing our ability act as literate beings.

Twitter is limited to 140 characters. Should important thoughts be reduced to such short snippets?

Snapchat enables a user to open and send a photo with a few simple hand gestures. The time between thought and message is reduced to almost nothing.

Why does all of this matter? According to a Longitudinal Study of American Youth, young adults are now as likely to connect with friends, family, and coworkers online or via text as they are in person. This type of technology feels natural to those who grew up with it; besides, texting, tweeting, e-mailing, Facebook, and the like work well for busy people. These technologies can be useful and are not inherently corrupt.

On the Isle of Estillyen, messages matter. Words matter. The media’s influence matters. The Estillyen monks offer a probing, questioning commentary regarding the modern onslaught of words, images, and sounds. They investigate what it means to navigate for meaning in this swirl of messages.

Like writing, telephones, and television, some new media methods are here to stay, at least for a while. Their benefits will remain, as will their weaknesses. It will continue to be up to the users to navigate for meaning as they send and receive messages.

What messages do you want to convey? Which media are best suited for them?